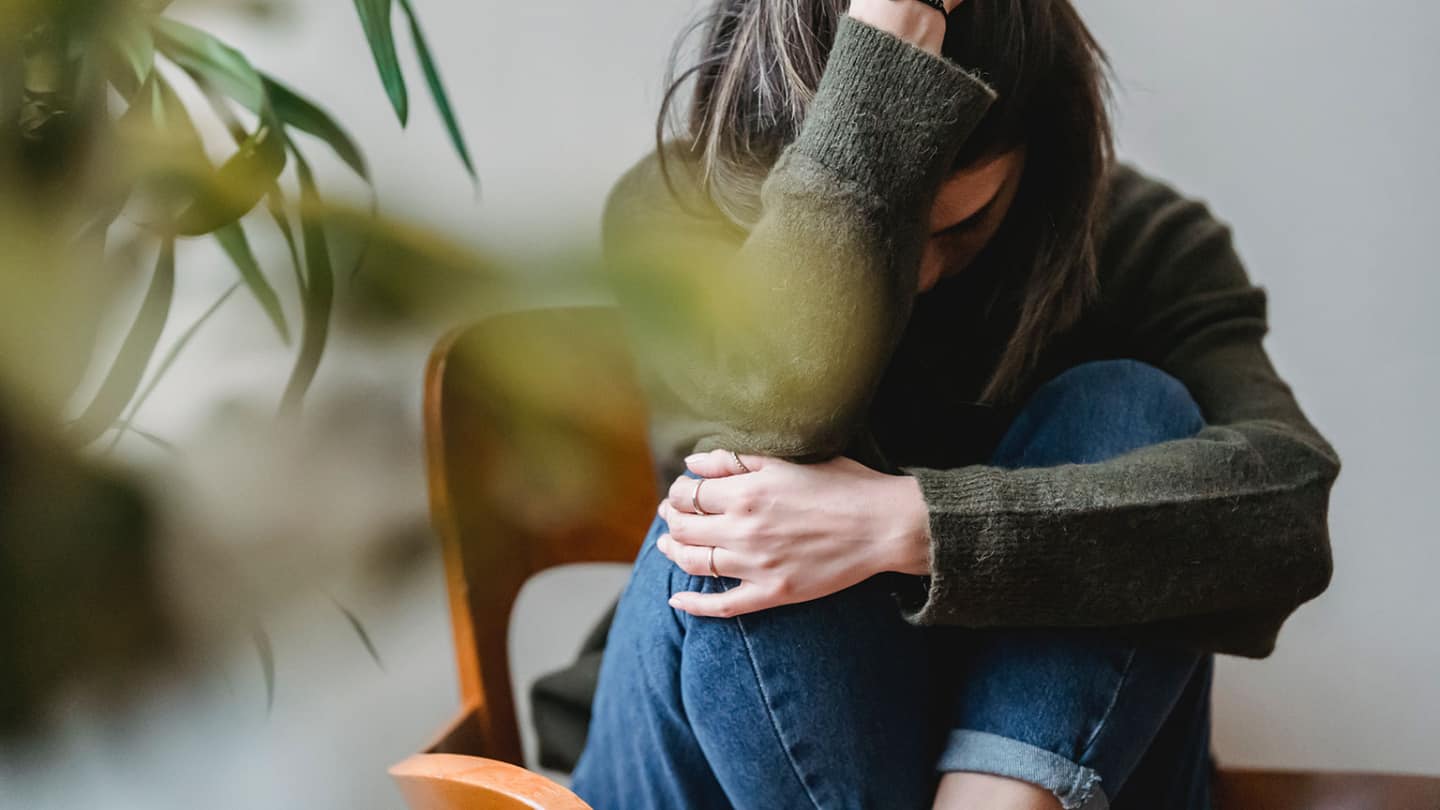 Stop Caring About What Others Say About You

Do you get triggered by what others say about you? Does it make you frustrated or make you doubt yourself?
Do not give them that kind of power!

You will continue to suffer if you have an emotional reaction to everything that is said to you. True power is sitting back and observing everything with logic. If words control you that means everyone else can control you. Breathe and allow things to pass. – Bruce Lee 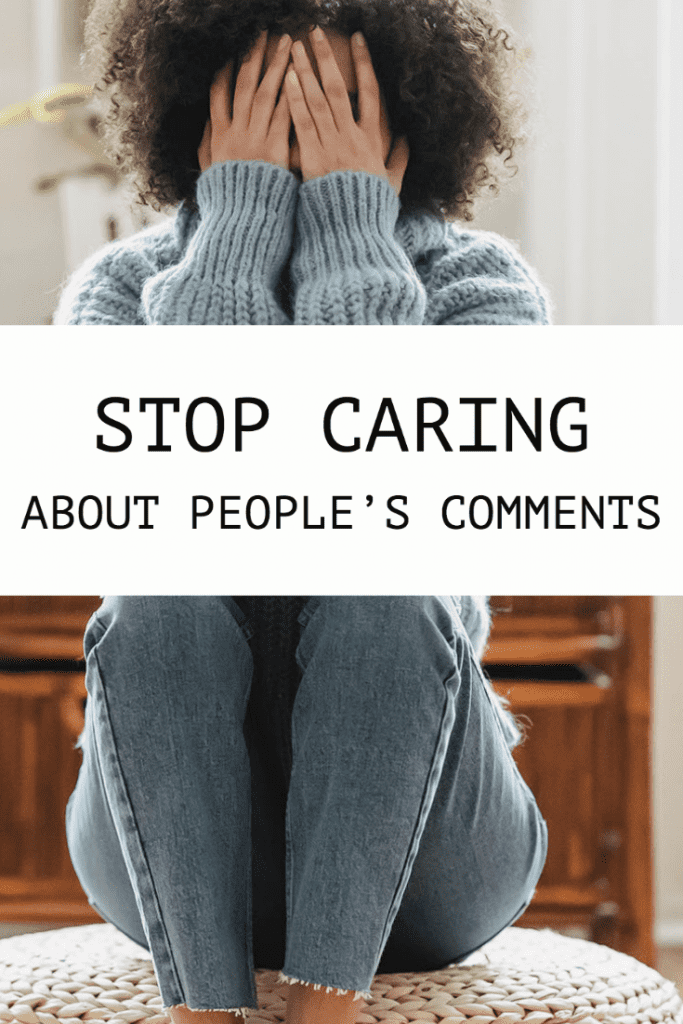 They can come in various forms…

Or a discouragement from a friend:

It could be a sarcastic or rhetorical question:

“Oh, you’re wearing THAT coat?” (asked when leaving the house and it’s freaking obvious that yes, I am wearing that coat…)

Or it can come in the form of an exaggeration:

“You’re ALWAYS drinking wine” (When in fact it’s the first drink you’re having in 2 years since you had your baby….)

People’s comments about us, whether it’s about our job, our choices, our appearance, whether it’s online or offline, whether expressed straight to our faces or behind our backs, can be triggering.

They have the potential to hurt us, make us frustrated, angry, make us wanna discuss and defend ourselves. What others say about us can make us judge or doubt ourselves.

Before we get into why you shouldn’t care about what others say about you, you need to check in with yourself first. Are they even saying anything (yet)? Or is it only in your head?

Many of us are so self-critical that we will tell ourselves NO to an idea, to an opportunity and we will diss and ridicule and judge ourselves in our minds before anyone even gets the chance to do so.

Or we have an idea, one that keeps us up all night planning it all out, imagining every detail, whether it’s writing a kid’s book, creating a podcast, or moving abroad. But then the next morning, or if we are lucky enough to feel the inspiration a bit longer, the next evening the excitement fades away and we give in to resistance, to fear, to self-judgement and self-doubt. Once again, we tell ourselves NO and never even take the first step.
I hope you see how crazy and actually sad that it!

I can imagine you’ve heard it a million times before, but it does all start with you.

Now that we have established that, we have to specify who they are, since the actual questions shouldn’t be why not to care about what others say but rather whose opinion shouldn’t matter to you.

Here’s a basic “guide” to  people whose comments, opinions, attitudes
you should not take to heart:

“A lot of cheap seats in the arena are filled with people who never venture onto the floor. They just hurl mean-spirited criticisms and put-downs from a safe distance. The problem is, when we stop caring what people think and stop feeling hurt by cruelty, we lose our ability to connect. But when we’re defined by what people think, we lose the courage to be vulnerable. Therefore, we need to be selective about the feedback we let into our lives. For me, if you’re not in the arena getting your ass kicked, I’m not interested in your feedback.” ― Brené Brown

People who on a daily basis don’t contribute to your happiness and wellbeing. Who don’t bring love into your life, don’t put food on your table, or don’t pay your bills.

If they are not feeding you nor wiping away your tears, meaning they don’t usually care about you, they DON’T get to be the source of your worry, stress, frustration, self-judgment, anxiety, cause discussions, fights, and so on.

Those who are at peace with themselves, who are happy or busy getting there will NOT criticize or judge you. They don’t have the time, energy, or the desire to do so.

On the other hand, those who are bored, frustrated with themselves, jealous, who are not working on achieving their own goals, are the ones that will come after you. Simple because that’s easier.

Some people just don’t know better. In so many situations in life, there is no good or bad, right or wrong way of doing things. A lot depends on the community, culture, the country you’re in. What’s celebrated in one, might be looked down upon in another and vice versa.

And we have to understand that some people just don’t realize that.

They will judge you based on their idea of how things are supposed to be done, what’s good, what’s “normal”, how life should be lived.

By understanding that their perspective, their worldview might be very limited you know better than taking what they say personally or trying to discuss with them.

So how do you stop caring about everyone’s comments? Next time you’re faced with criticism, a comment that triggers you, unsolicited advice, and so on, ask yourself that question:

DOES THIS PERSON EVEN QUALIFY  TO GET A RESPONSE OR A REACTION FROM ME?

It is valuable input, something that could lead to a productive discussion or should I just treat it as background noise and ignore it? 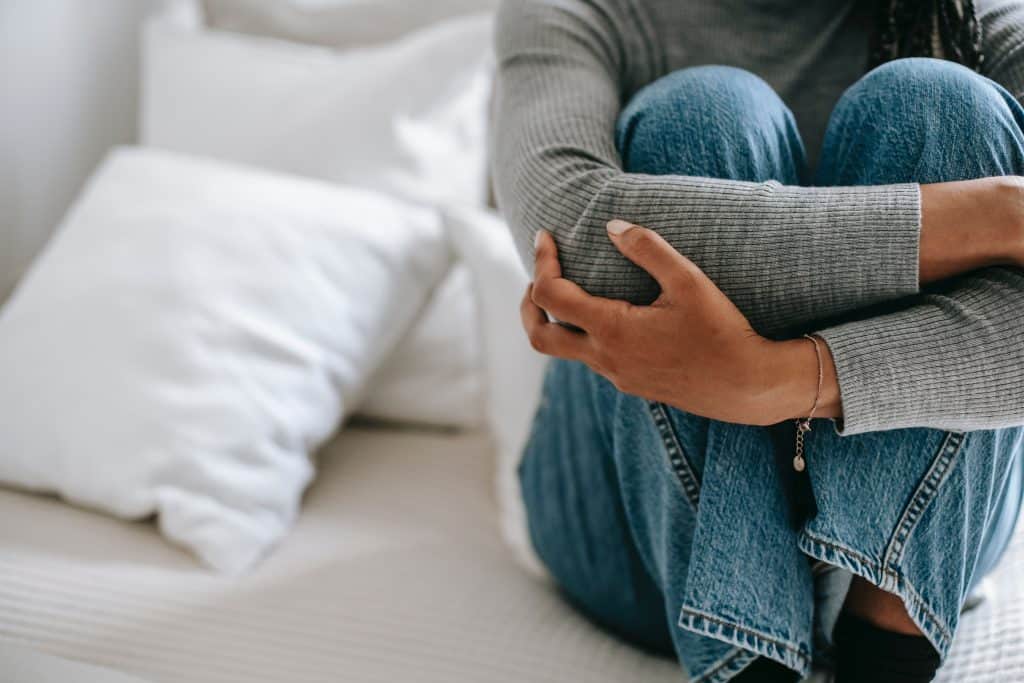 This post was all about people whose comments and feedback you should stop caring about.

If all you know is what you don’t want…

How To Be Happy With What You Have

Get Your Life Together In 14 Steps